Restless Leg Syndrome disappears with the help of electricity, magnets and a detox diet.

For more than a year, I had legs that ached at night that never hurt during the day.  Some people refer to this as “Restless Leg Syndrome”.  Most nights, I was awakened by the severe pain in my legs.  I could go to sleep, but not for very long. 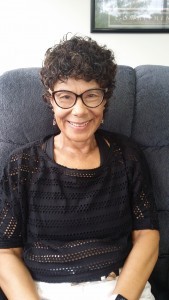 This went on for more than a year.  I would get up in the middle of the night, walk around to hopefully make the pain stop and often, I could not go back to sleep.  I could hardly wait until morning so the discomfort would stop and I could feel some relief.

One day, I was talking with Leslie and sharing the story of my achy, restless legs.  She told me I might want to try her program for rapid drug detoxification.  By this time, I was willing to try anything to get rid of the discomfort with hopes of getting back to a comfortable and healing sleep.  I was also worried that drastically changing my diet might throw me into a panic or even DTs.

My quality of sleep changed dramatically.  Now, I can sleep deeply through the night and awaken refreshed in the morning without feeling groggy!   After being sleep deprived for so long, my moods had become “testy”.  I was often irritable with a short fuse.  Being sleep deprived made me feel “bothered” by people … a feeling of being interrupted from things I was doing.  You could tell the difference in the tone of my voice.  My ability to handle problems was being affected … my tolerance was low.  Now, I smile more and engage in conversation with people without feeling agitated.  I feel like my former self again before my leg problems started.

The new energy from my new diet combined with such a good, deep and peaceful night’s sleep allows me to resume some physical activities I had stopped.  I can work more hours in the day than I could while sleep deprived.  Now, I don’t know when to stop and tend to do more than I should.  I have to work on that!

Thank you for helping me feel better, Leslie, and thank you for making it seem so easy to gain this new control.