Within the first 2 hours:

Within the next 2 hours:

Within 12 hours or (and usually) LESS, the stone should pass.

If you are a man, your risk for kidney stones is four times greater than if you are a woman. And if you live in the southeastern part of the U.S., also referred to as the “Kidney Stone Belt,” your risk is even greater due to higher rates of dehydration.

Roughly, one million Americans develop kidney stones each year. Once you have had one kidney stone attack, your chance of recurrence is about 70 to 80 percent.

Records of kidney stones can be found since the beginning of civilization. Lithotomy, a surgical 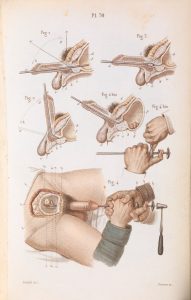 procedure for removing stones, is one of the earliest known surgical procedures. In fact, a caution about the dangers of surgically removing stones is even found in the text of the Hippocratic Oath.

Kidney stones can range in size from a grain of sand to larger than a golf ball. If a stone fails to pass, permanent damage to your urinary tract can result.

Fortunately, 90 to 95 percent of kidney stones pass within a number of days or weeks, without any intervention at all. And, even better news — the best remedy is also the best prevention, and also happens to be the least expensive: simply drink more water.

My “Observation” of the Flush from several friends:

In the year of 2008, one of my friends, Jim, had surgery [Lithotomy] to remove a kidney stone and I found it to be … uncomfortable … almost barbaric!

I stayed with my friend for 5 days and drove him to the surgery as well as his final appointment … I could “feel” his pain.

For the 5 days of this ordeal, Jim was miserable, felt feverish, nauseated and constantly had the urge to eliminate. I said to myself, “There has to be a better and more humane way to solve this problem !

Bingo! This past Autumn of 2011, my friend, Peter, came up with the same [kidney stone] problem and was presented with the same solution! After 2 weeks of suffering and waiting for the stone to exit his body, Peter found an alternative cure on the internet … a kidney stone flush recipe !

The suggested method of passing the stone (guaranteed to work within less than 12 hours) seemed a little far fetched, but by now Peter was ready to try anything to avoid the surgery. He tried the “Googled” theory and voila! After 2 weeks of agony, within 5 hours, the stone popped out during the night !!!

Peter called me the next day and said, “You are not going to believe this, but the stone is gone!” I was so happy for him and awaited an opportunity to share this “remedy” with another friend !

Presto! My opportunity arrived December, 2011. On December 26th one of my “buddies” ended up in the emergency room with abdominal and chest pains, thinking he was having a heart attack. After several tests, the medical staff informed him of his kidney stone, told him to go home, drink plenty of water and take the pain pills. “If the stone does not pass in 2 days, come back and we will take more drastic measures to help you pass it … but if you can pass it on your own, you will be much better off .”

“Buddie” called me the next day to tell me about his emergency room ordeal. I told him that I knew of a kidney stone flush recipe to help him pass the stone, and his response was, “My doctor has everything under control”. (Oh, and btw, I hear this response a lot from my family as well as 5 percent of the people who visit my office … and I thank God that this number is “low”.)

After hearing Buddie, moan and groan about this pain for two days, I called him that night and said, “Get a pen and piece of paper and write this formula down. If you want to pass your stone quickly, do this remedy!!!

He, being of a “traditional” mindset, replied, “I wrote it down; I’ll think about it and if I am not better by the morning, I will call my doctor for the next step”. I told him about my friend’s [Lithotomy] experience of 2008 and what the next step might be.

The next morning, Buddie went to the grocery store and bought ingredients for the kidney stone flush recipe.

While still waiting for the stone to pass on its own, he postponed starting “the kidney flush” until about 1:00 in the afternoon. He was in so much pain from the stone, he was ready to “try anything”.   So, finally he thought, “What do I have to lose”?

Buddie followed the Kidney Flush Recipe, started the flush at 1:00 p.m. … the stone passed at 11:00 p.m. that evening … 5 hours after completing “the flush !“ The stone was the size of an over-sized “BB” pellet … he was relieved and avoided a painful surgery.

The main cause of kidney stones is dehydration, caused from excess caffeine and lack of filtered water.

During our programs at The STOP Clinic, we talk a lot about the importance of keeping our blood pH more alkaline rather than acidic. Kidney stones can form when the urine is highly acidic or highly alkaline.

Sometimes the underlying cause of a kidney stone is a metabolic disorder or kidney disease.

Certain drugs may create an environment favorable to stone formation. Examples of such drugs are: Lasix (furosemide), Topomax (topiramate), and Xenical, among others.

The pain is a result of distention of the tissues above the stone, since it is blocking the passage of urine, rather than from the pressure of the stone itself.

Common Causes for Kidney Stones that are Avoidable:

There are several medical procedures and surgical techniques that can be used to treat kidney stones, but the risks are high enough that physicians typically shy away from them, unless there’s no other choice. This is actually a good thing, considering the multitude of problems American patients face due to medical errors.

It remains interesting to me, Leslie Lyon, that the food one eats for the purpose of strengthening the immune system (as well as preventing popular diseases such as cancer, heart disease, obesity, depression, recto focus, etc. ), still proves true in preventing other health problems, solved by a healthy diet.

Dr. Mercola for much of the research in this Newsletter. If you want to view his article, go to:

“Who Knew Preventing Kidney Stones was This Easy ?”