I visited Leslie in January of 2011 after hearing about her STOP Clinic from a male coworker, David Largen, who stopped smoking with her help. It seemed like such an easy transition for him. I knew of his smoking habits and could not believe he was having such an easy transition. I had been trying to stop for 12 years !

Since David worked outside, I assumed his smoking cessation process would be even harder than mine. As I observed him for several weeks, I noticed that he was not jittery or irritable. He made the whole process seem so easy! He explained Leslie’s process he went through and shared that he never even used his third treatment. He felt he just did not need it. WOW ! 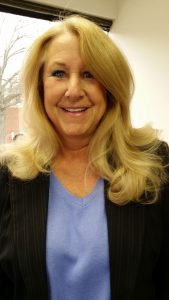 I immediately researched The STOP Clinic website and read Leslie’s testimonials. I could tell that these people were also amazed at how this “new” procedure worked for them. I agree that the treatment is somewhat atypical, but so was hypnosis which I gave 2 separate tries. I scheduled an appointment with Leslie at age 51. I had smoked since age 15.

Previously, I tried to quit for at least 10 different times, using various methods. None worked for me. First, I used the Nicotine gum; then, the Nicotine patches; then, hypnosis, twice. Finally, I tried Chantix and had such a horrible experience that I went back to the Nicotine patches. Next, I went through a Smoking Cessation Program at work which was a waste of time.

Since my 30’s, I have been trying to quit and nothing ever worked. I was always miserable during the process. I could not sleep; I could not concentrate on my work; I was irritable and frustrated. The only thing that made me feel better was to have a cigarette. So, I tried the “E-cigarettes” when they first came out … a very expensive product.

Looking at and admiring my successful coworker, David, I decided to give The STOP Clinic a try. I had tried everything else … why not give this method a try.

The experience was absolutely amazing for me. After the first treatment, I felt like I had not smoked for a very long time. My body and my mind were at a “different place” after my first treatment and visit with Leslie. I was expecting to have physical and mental “cravings. This did not happen. I returned 2 days later and had a second treatment for reinforcement. The second treatment made me feel even more secure with the transition. This feeling was totally unbelievable to me!

Previous attempts to stop smoking left me with horrible insomnia, obsessive thoughts of not smoking and a total lack of concentration while trying to focus on work. With my program at The STOP Clinic, I did not have those awful cravings to smoke, absolutely no insomnia and no lack of concentration!

I must add, I never told my family that I was planning to stop smoking in January, 2011. They had been so disappointed in me with my previous attempts to quit, I decided to keep this attempt a secret. It took about 2 weeks for them to notice that I was not slipping outside to smoke anymore. I was planning to wait a full month before I shared my success with anyone. I wanted to make sure I was free from this awful drug !

I am here to tell you … 5 years later, I am still smoke free and I owe it all to Leslie and her STOP Clinic. I know for a fact, I could not have done this by myself, addressing the physical part of the withdrawals. Whatever she does with her tools, is amazing. IT WORKS! IT WORKS! This process made my attempt to stop smoking the easiest I could have ever asked for.